Harley Goes Electric in the Race for New Motorcycle Riders

The name Harley-Davidson (HOG) doesn’t necessarily call to mind quiet efficiency, but a planned rollout of an electric motorcycle is generating a lot of buzz for the Milwaukee-based company.

Bloomberg News highlighted the introductory plugin hogs in an article on Thursday morning, and interest in them quickly swamped the Harley-Davidson website for the electric endeavor known as Project LiveWire. Harley’s plan, in short, is to take 22 of the new bikes on an impromptu tour of the country, to see if they draw enough intrigue to be added to the company’s current line of about 30 models. 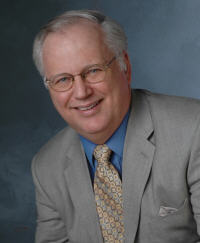 Alan M. Lee
President, Certified Consultant
Alan Lee is an active Senior Staff Consultant as well as the founder and president of E Tech Systems. Alan is recognized as a leading authority on sales force automation. He is personally certified as a consultant by Salesfroce, Zoho, ACT! and Microsoft. He is a frequent speaker at conferences and has written articles on sales force automation topics. Among the clients with whom he has personally worked are Ameritech, GE Medical Systems, Motorola, Harris Bank, Chicago White Sox, United Way, Johnson Controls, and other Fortune 1000 Corporations. Alan received his MBA from Michigan State University.
Top